Scuba diving in Sabah is one of the most sought after by divers all over the world. Located on the northern portion of Borneo Island, it is actually a state of Malaysia. Sabah has land borders with fellow Malaysian state Sarawak to the southwest and Indonesia’s Kalimantan region to the south. It is nicknamed the “Land Below the Wind” as the state lies below the typhoon belt of East Asia and only suffers from the occasional tropical storm. Due to [...] Passion for the underwater

We had a great start to the year with conducting plenty of PADI Open Water Courses and other skill enhancing courses. Hopefully our newly certified divers will not only discover a new passion for the underwater but at the same time develop a love for ocean conservation too. 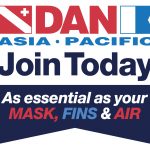