Skip links
One of the reasons we have such healthy and prolific coral around Seaventures Dive Rig is because of the existence of a large stretch of mangroves in the surrounding area. Mangroves are vitally important for coral growth and formation, and for the fish that live on them.
A mangrove is a shrub or small tree that grows in coastal saline or brackish water. Mangroves primarily occur in the tropics and sub-tropics. Mangrove trees are salt-tolerant and contain a complex salt-filtration system. Mangrove roots are specially adapted to low oxygen conditions and experience immersion in salt water when the tide rises, and exposure to the air and high temperatures when the tide falls. Knotted mangrove roots often cover a large area, and encourage the slow movement of water. This provides a critical early habitat for many creatures on the reef, and, encourages pollutants from land to be deposited before they reach the open ocean. 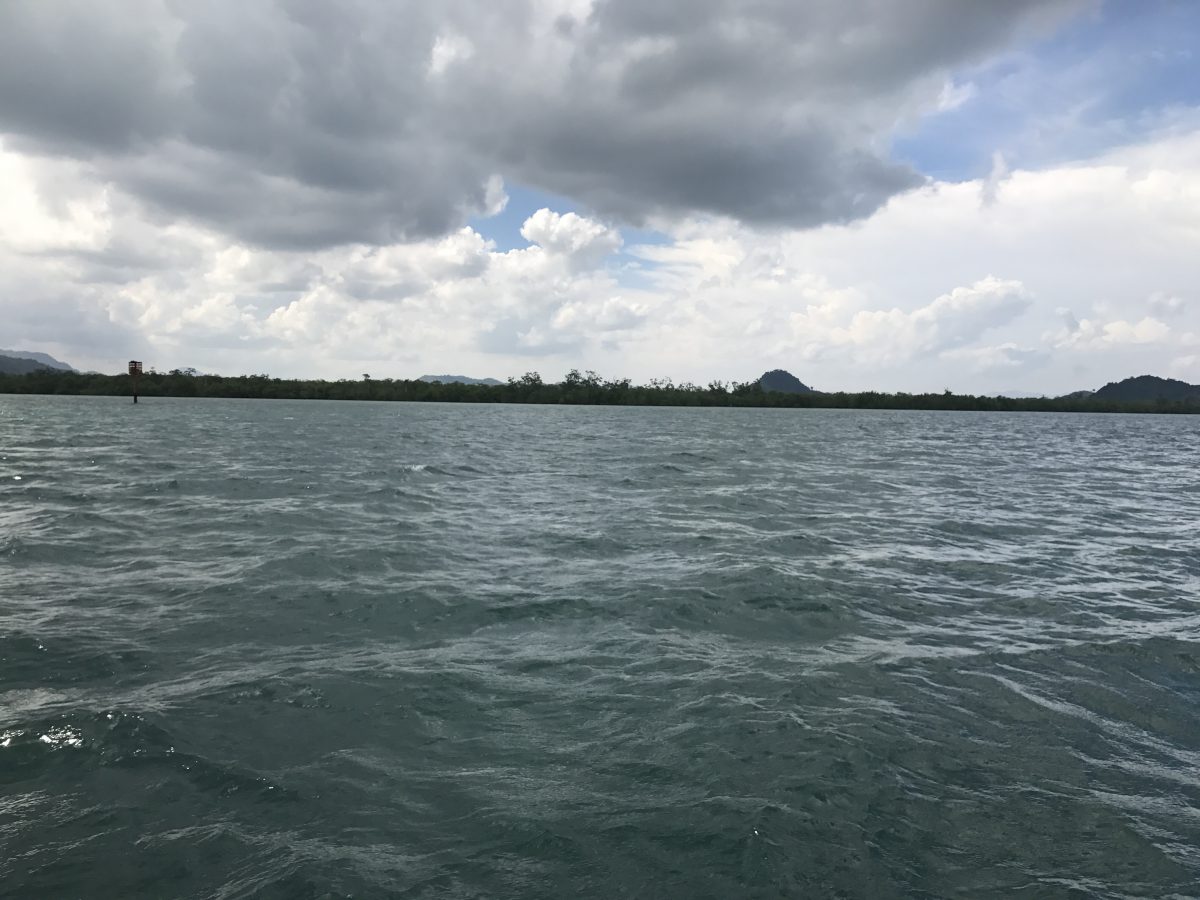 Mangrove roots which are permanently submerged provide nurseries for many young species, before they travel into open water. These include algae, barnacles, oysters, sponges, shrimp, mud lobster, some parrot-fish, crabs and, some baby sharks. The roots also provide shelter for some species of coral, which can be threatened by ocean acidification and bleaching (fortunately something we have not seen around Mabul and Sipadan). In fact, one study showed that there can be as many as 25 times more of certain reef fish on reefs close to mangrove areas, than in areas without mangroves. Mangroves, in combination with other marine ecosystems such as sea-grass beds, are absolutely critical for the early life of many reef fish.
But mangroves are under threat. One study has shown that between 1980 and 2010, approximately 20% of the world’s mangrove systems had been lost, with South-East Asia showing loss rates of between 3.% and 8% between 2000-2012. In Semporna, the mangrove forests cover an area of about 15,712 ha. Some of this land has been converted for commercial/agricultural use. In response there have been efforts to restore the mangroves around Semporna over the last ten years.
So, on your next journey to or from the rig take a look towards land. At some point, you’ll see a large area of low lying vegetation close to the water. This is a mangrove forest and it plays a vital role in protecting the ocean from activities on land, and a critical breeding ground for many of the species that you’ll see on your dives with us. The ocean is a vast and complex place. So many of its ecosystems and species are inter-related and dependent on each other. At Seaventures, we feel privileged to share this environment, and some of our knowledge of this environment, with our wonderful guests.